Shanumi arrived from Nigeria to begin her first semester at a U.S. university where I was a Spanish professor.  Over the course of a few short weeks, Shanumi was continuously met with culture shock.  Although naming is honored and sacred in Nigerian culture, most people on campus shortened her name to Shan, with neither her permission nor consent.  She arrived in January while there was something on the ground called snow.  It was a white, chalky substance that Shanumi had only seen in photos.  Accustomed to the hot Nigerian sun, no number of blankets could warm her trembling bones.  Shanumi’s roommate complained that she was adjusting the thermostat to an unbearably warm temperature.  In addition to not being able to regulate the temperature to a comfortable level, for several weeks Shanumi suffered from insomnia.  Her body could not seem to adjust to the 6-hour time difference.  Although it was 10:00 pm Eastern Time, and her roommate had already turned off the lights and gone to bed, to Shanumi’s unadjusted body it felt like it was 4:00pm in the afternoon.

Before daybreak, while Shanumi had not slept all night, her roommate arose fully rested.  The roommate is a Latina student who grew up in Texas.  She called her mom each morning while speaking a language that Shanumi did not understand.  Her roommate often asked Shanumi to repeat what she said, stating that the Nigerian accent was challenging for her to understand.  While simultaneously fighting to be understood, Shanumi was also fighting to understand this new world into which she had been thrust.  “When all else fails,” thought Shanumi, “surely there must be comfort food somewhere in sight.”

Unfortunately, Shanumi soon learned that she could not hold any food down. Each time she attempted to eat, her stomach betrayed her.  Since she could not tolerate the campus food, she opted to simply drink water, something familiar.  However, to her dismay, there were three water dispensers in the cafeteria: one had lemons inside, another had cucumbers, and the last had oranges.  Shanumi screamed, “Can I not even find a plain glass of water in this country!?”

I tried to serve as a cultural broker for Shanumi. Her family had sent her to the U.S. with a fully loaded credit card; however, she was unsure how to operate it. I assisted her with banking matters, and helped her to locate everything from warm clothes, to a church, to hair braiders. Since she was a child, Shanumi had been trained to use familial terms as a sign of high honor and respect; therefore, she quickly began to call me aunt and my husband uncle.  As fictitious kinship is common in African American culture, I felt very warm when she would call me aunt.  However, when Shanumi called other professors aunt or uncle, some saw it as a lack of professionalism; hence, they asked to be called doctor instead.  Whether I agreed with their preferences or not, I had to ensure that Shanumi understood these distinctions.  Understanding the importance of family, I connected Shanumi with several of my Nigerian friends in town and with other students of varying backgrounds on campus.

After the initial culture shock, Shanumi began a transition period in which she honored and respected her Nigerian heritage, but at the same time she took steps to adapt to her new environment.  Shanumi began the process of educating herself on all aspects of U.S. culture, history, politics, and the social world.  She ventured out from her room, began to make friends with her peers throughout the campus, and started to get involved in extracurricular activities.  Later, she even assumed leadership roles.  Finally, Shanumi recognized that she could not make this transition alone.  In this regard, she reached out for help and welcomed the support of cultural brokers throughout our campus. After one semester, Shanumi was one of the most well-regarded, well-rounded, and popular student leaders on our campus. She excelled socially and academically. Today, Shanumi has graduated from college, completed a Master’s degree in the Northeastern U.S., and now works at a major financial firm.

Sip on This: What cultural clashes have you faced, either within your own country or abroad? What is a practice that may seem very familiar to you (like infused water), but foreign to others? What do you wish that people understood about your experience? How can we work as a community to be more helpful with bridging cultural divides.

This workshop examines workplace structures in terms of power dynamics. Black women are often silenced and made to feel invisible. Black women will gain tangible tools and strategies that guarantee results across institutions.

Welcome to Cup of Diversity Blog! 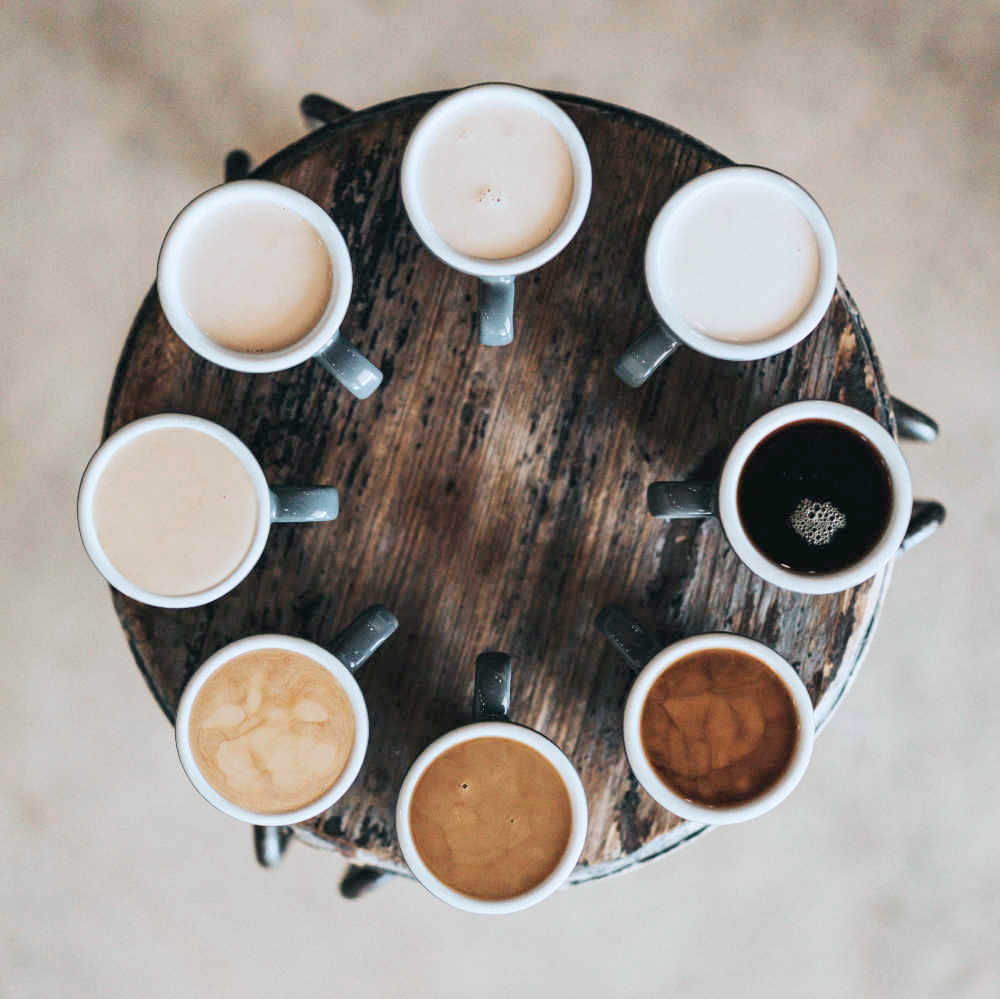 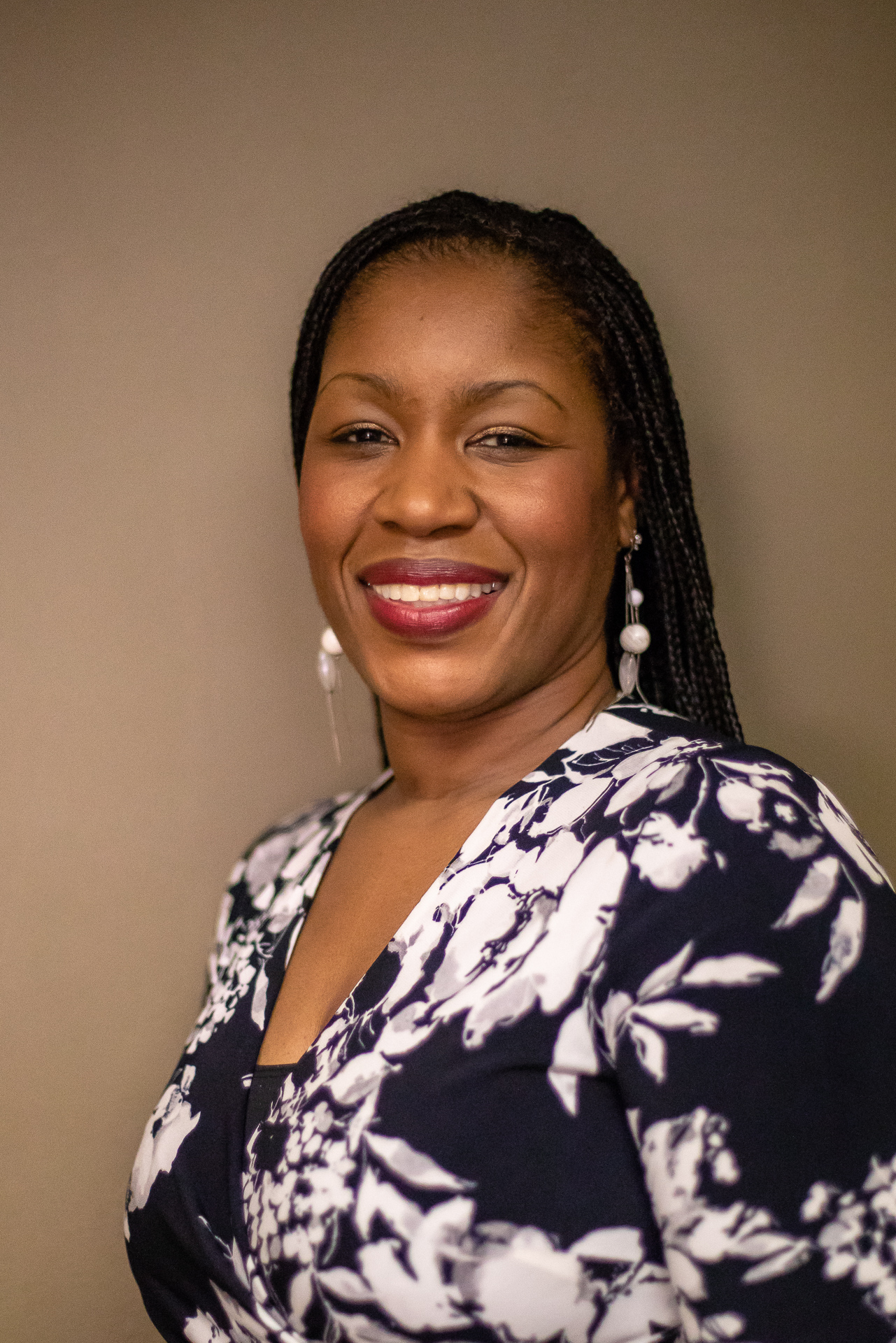 Join our readers from around the world. Click “FOLLOW” to become a member of the Cup of Diversity family.

Cup of Diversity Mug (Original Design): Don’t agree with every word? No problem! Use this mug to spark great conversations. 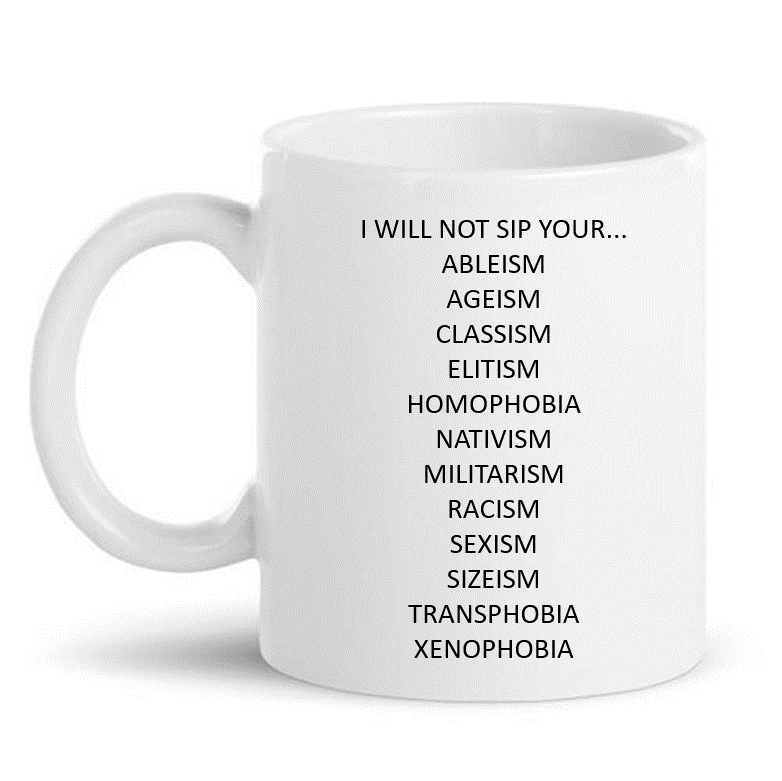 11oz Mug. Opposite side has www.hinesgaitherconsulting.com printed in black letters. $20.00 includes tax and shipping. Text is enlarged slightly here for readability. 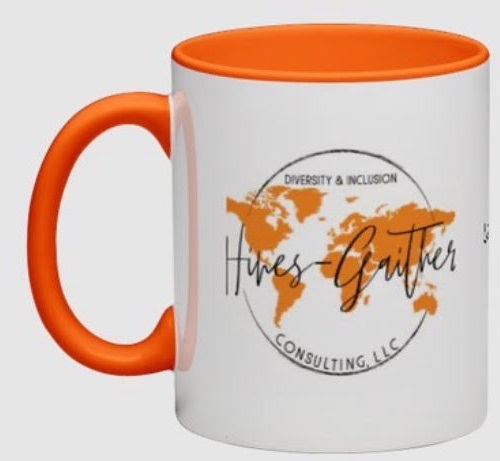 11oz Mug. Opposite side has www.hinesgaitherconsulting.com printed in orange letters. $25.00 includes tax and shipping.

White Fragility Webinar: Why it’s so hard to talk to white people about racism 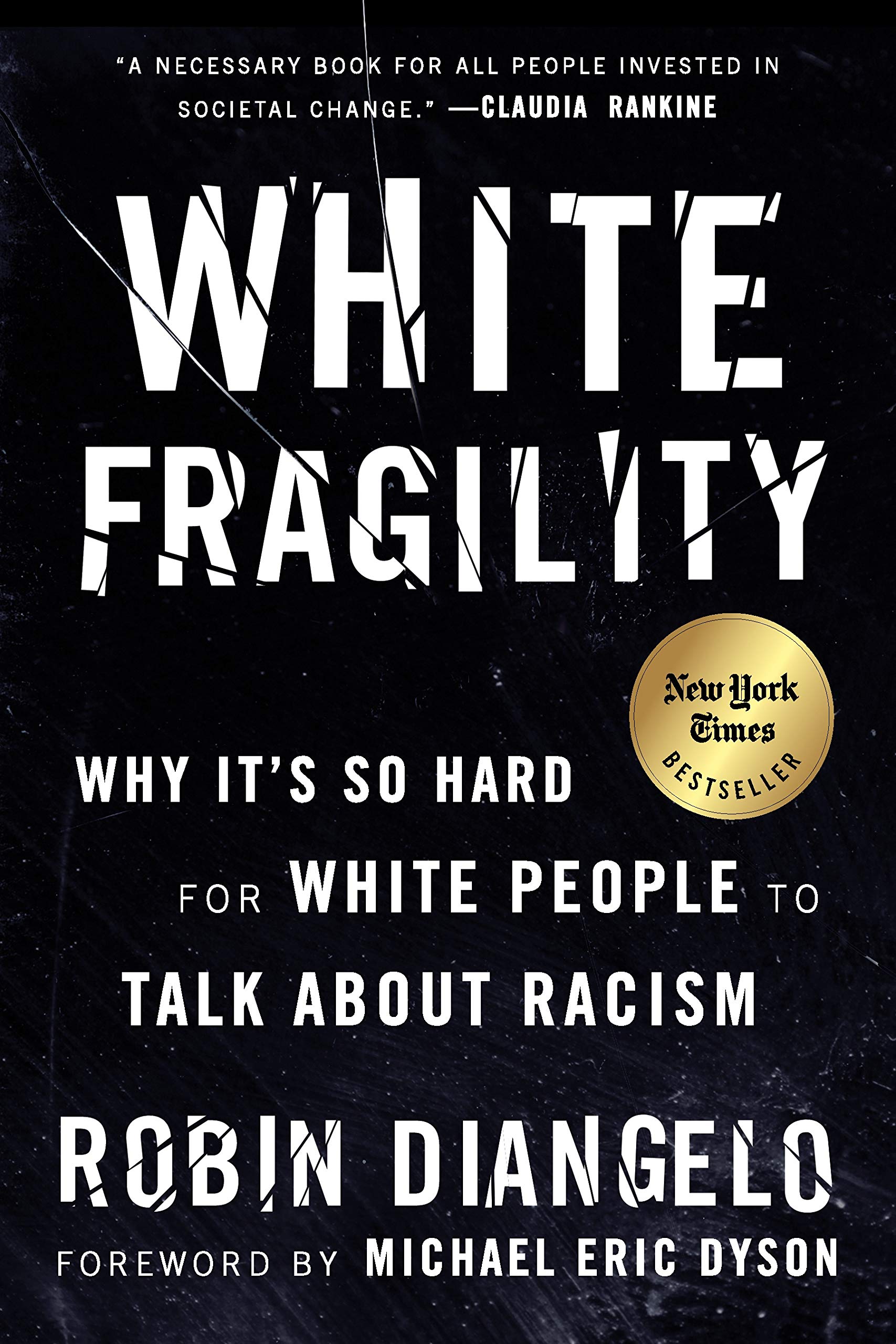 Krishauna offers an overview of Robin Diangelo's text on White fragility while providing insights from the lens of Critical Race Theory. Her encore workshop will provide deeper insights into the topics and tangible action steps. 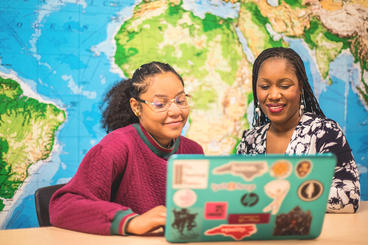 If you work with students in any capacity at any level, this webinar is for you. Gain tools to discuss race, class, gender, sexuality and more? Receive strategies & dynamic activities to engage students in social justice dialogues. Learn today, use tomorrow. Testimonial from webinar participant: "Krishauna, thank you so much for presenting that great webinar ...on having difficult conversations. It was a great presentation, and our members have responded so positively!" Joseph Parodi-Brown, Ed.D. 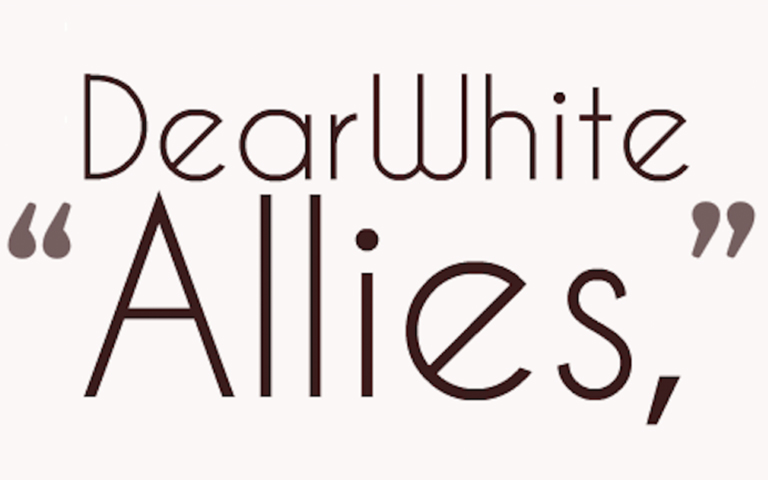 Workshop: White Allyship regarding Police Brutality and Beyond

Dr. Krishauna Hines-Gaither will share tips and insights on sustaining relationships and offering support across differences. She will share tips that are applicable in many situations including the current events related to police brutality. She will focus on white allyship regarding police violence against predominantly black and brown bodies. Communities of color will also benefit from this workshop, and gain additional tools to navigate cross-racial engagement.

Black Women’s Strategic Voice: How to Use Your Voice to Guarantee Results in the Workplace

This workshop examines workplace structures in terms of power dynamics. Black women are often silenced and made to feel invisible. Gain tangible tools and strategies that guarantee results.